and today, we can finally introduce some of the aforementioned ‘new faces’ to you. 😉 Don’t worry, we're not going to spoil any islands or plot points for you.
So, join us for a small stroll down memory lane, where we reminisce about initial story ideas and character designs for Curly, and get an insight into what ideas and philosophies drive the narrative gears of Passing By - A Tailwind Journey.

Every hero needs an origin story

Curly’s journey started long before they ever set foot on any balloon ship. Originally, the team was in agreement about having a diverse roster of player characters to choose from, but during development it became clear that we’d have to settle for having only one character. Thus, the original ideas for Curly you can see below went overboard. 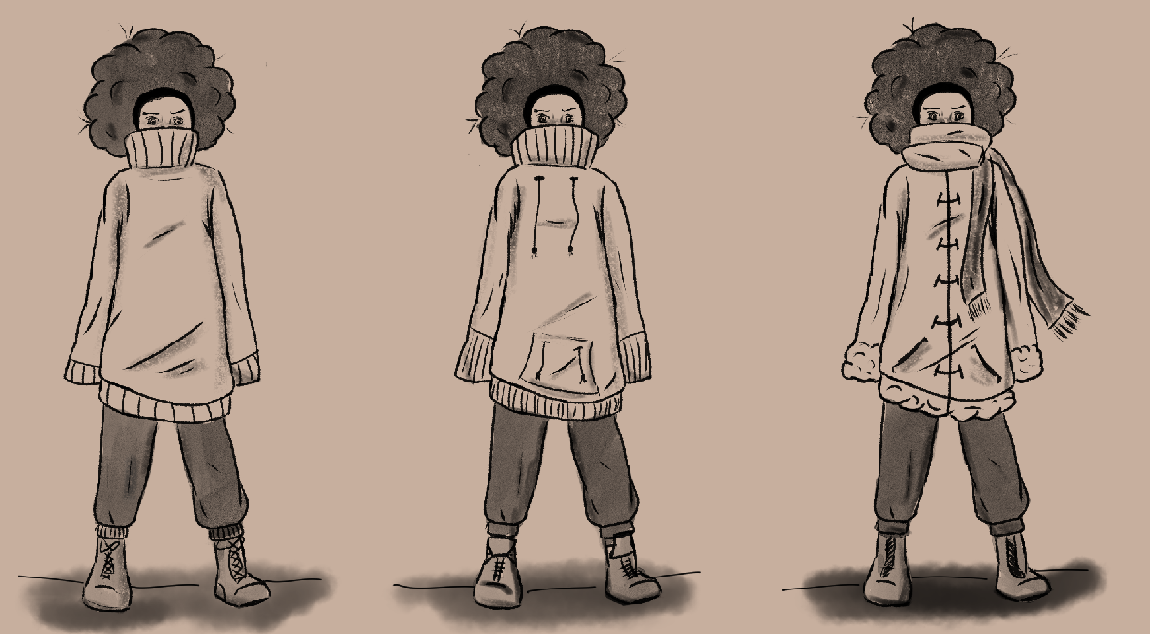 Instead, we decided to have Curly as the sole, non-binary protagonist (leaning slightly more towards the female end of the gender spectrum if pressed), and changed the visual design to make them look as gender-neutral as possible. Now, there was also more time to flesh out Curly’s individual journey and character, something that would not have been possible with a set of different player characters.

The real treasure is the friends we make along the way

When implementing a new questline or pitching story islands, we always keep the core themes of the game in mind to create wholesome stories about travelling, adventures, and togetherness.

The latter is most prominent when taking a look at the Isle of the Broken Heart. The pitch for this quest was rather simple: Help a young boy with repairing the island. However, several obstacles turn it into more of a challenge, making sure players do not only fix the island, but interact with each member of the family as they do so. Each side of the story is heard while exploring the level, leading to the reunion of Clemens, Cynthia, and Cecilia. 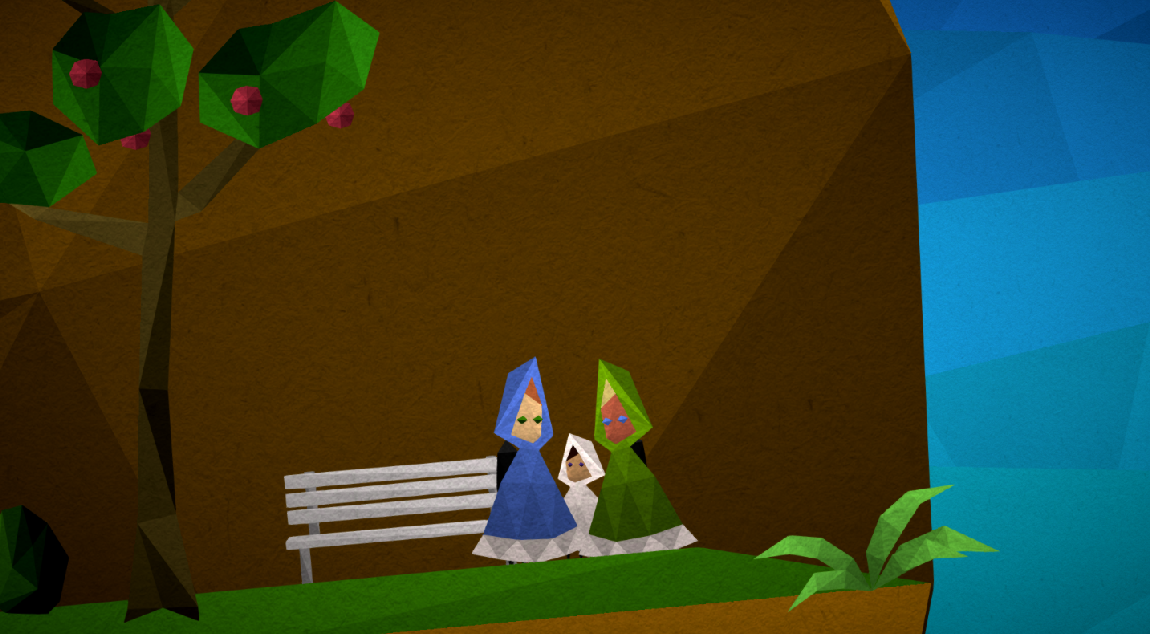 Of course, Curly isn’t the only adventurer exploring the skies. Some of these brave airfarers, Curly encounters time and again, be it the chatty merchant Crispin, or the tough Captain Claire. The newest addition to this league of adventurers is the brilliant Doctor Cordula Córdova, a famous cryptozoologist.

The team always makes sure that meeting other characters is benefitting for NPCs and players alike. Balloonists follow an unspoken code: if you see a fellow aviator in need, you do your best to aid them. Doctor Córdova is yet another example where the game tries to instil this notion of altruistic helpfulness not only in its world, but also in the players. 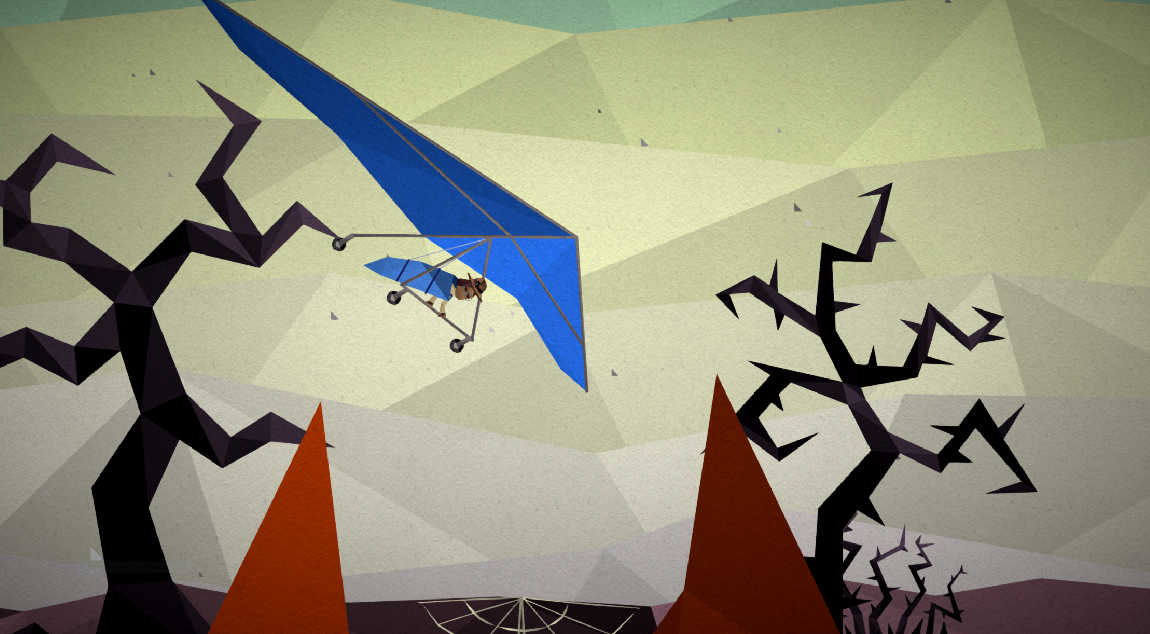 Your journey, your story

There are a multitude of stories like this, of two brothers who have gone missing, of the dutiful monks of the Order of the Merciful Magpie, and even the story about an abandoned space station and its last inhabitant - but we’re not going to give all of them away here, of course. 😉

The biggest fun lies in discovering these stories, both tiny and big, for yourself. This philosophy of being a travelling explorer who is prepared but never expecting to stumble over these quests is another core aspect of designing Passing By - A Tailwind Journey. It’s meant to be a game that gives players a sense of the great unknown, while at the same time being full of tiny moments ranging from solemn to hilarious.

We’d be more than happy to hear some of your stories from journeying with Curly! If you want to share them with us, either leave a comment or tag us on Twitter @StudioWindsocke. Until then, enjoy the first days of summer - we’ll see you for our next update in a few weeks! 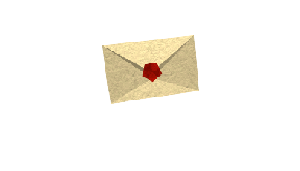