this time, we want to give you a glimpse at how we at Studio Windsocke design the levels for Passing By - A Tailwind Journey. Many of you told us that you enjoy the exploration of the game’s islands and we, on the other hand, love building more of them to fill the world with exciting content. Today, we have a little sneak peek at three new levels for you! 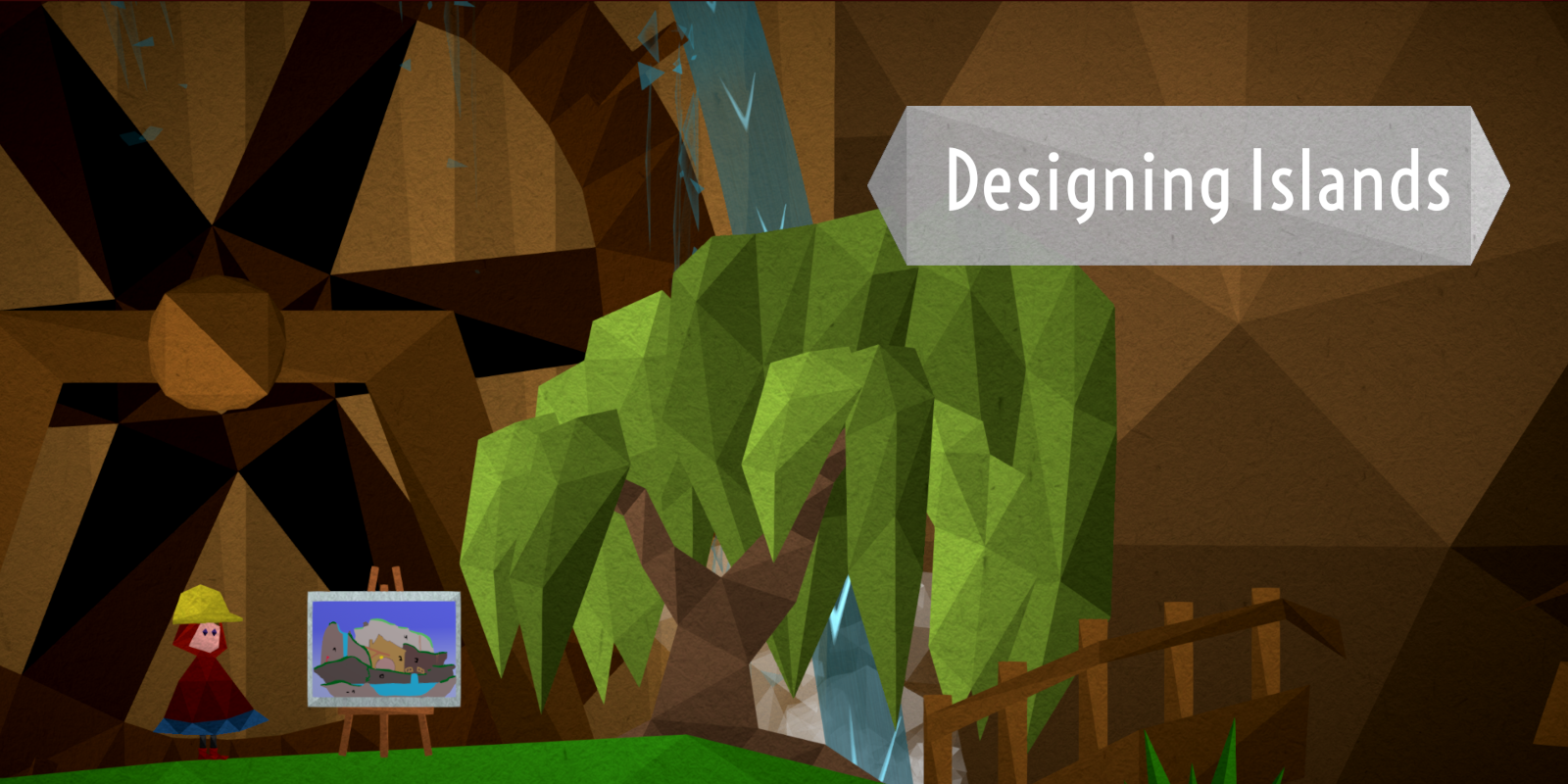 Since level design is a task shared among the entire team of Studio Windsocke, each level is influenced by different ideas, approaches and design techniques.

We usually start with meetings, presenting and discussings different level ideas each of us brings to the table. From there, the more elaborate ideas are classified into one of the biomes in our level overview while the less definite suggestions are moved to our brainstorming Trello board. For most levels, the ideas are already so precise that the corresponding designer can get started right away. We usually come back to the vaguer ideas at a later time and either flesh them out or bench them.

While the level designer works on a level in Unity, we update each other about our progress and incorporate as much feedback as possible before we begin testing the levels with our playtesters. “Water Mill” was planned as a very early tutorial level in the first production stage of the game but didn’t make the cut. It fits the Meadows Biome perfectly with its calm stream, the rolling hills, and the old water mill wedged in between. We liked the idea of an abandoned mill and our players having to repair it.

This is also the first level where players can explore the "literal" depths of a building/cave, meaning we had to rework some of our scripts to ensure the individual layers of the level function properly and the fading and switching between them works smoothly.

The level “Cable Car” consists of two small islands linked via a cable car. Since our very first meeting, we loved the idea of having two close islands which are connected by some means. These islands are inhabited by two lovers who usually visit each other via cable car.

Unfortunately, the cable car is broken, and of course it is now up to the travelling Curly to help the lovers in distress. Until then, the unlucky lovebirds communicate through music, putting a spotlight on the beautiful soundtrack of Passing By - A Tailwind Journey. A spider-shaped island with the welcoming name “Cave of the Courteous Spiders” doesn’t sound like a good destination? Well, to be honest, the research for this level wasn’t the favourite task of our level designer, either. Nevertheless, we wanted to send Curly on the search for the missing Dr. Córdova, and where better to find a quirky cryptozoologist than on a distant island which looks like a giant spider?

If you suffer from arachnophobia, maybe skip this particular island. However, everyone else should definitely give it a try. Maybe the spiders living here - as huge as they may be - are not always evil but willing to help instead...?

We are very curious to see how you like these new levels. What do you say? Which island would you like to visit first and what are your ideas and wishes for new levels? Feel free to share them in the comments or let us know on Twitter (our DMs are always open)! Who knows, maybe your idea will end up on our to-do list? :)