About the Bells and Whistles (well, mostly Whistles)

I’m Michael, the creator of the music for Passing By - A Tailwind Journey and the guy responsible for playing that obtrusive whistle which accompanies Curly through thick and thin. Actually, it’s two whistles, but we’ll come to that later! :)

Being used to creating “regular”, linear music (see my website or SoundCloud) and knowing a very fine selection of aspiring game developers, I always wanted to try out dynamic game music myself. Since it turned out to be great fun, I’d like to tell you a little bit about my work in this post! In case you’re extra interested, there’s also a slightly longer version on my website! :) 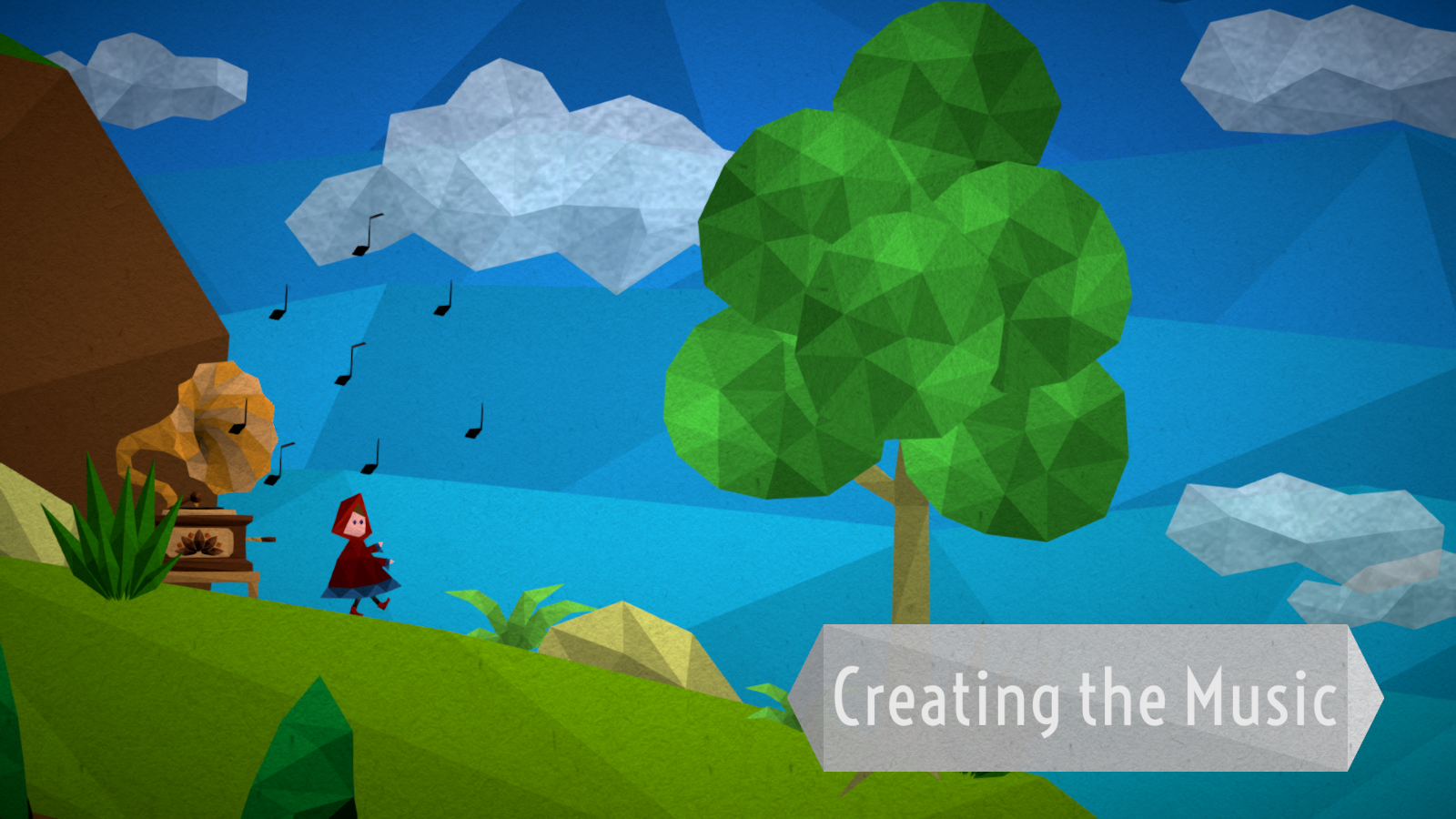 I start my work on familiar terrain - improvising, composing, and recording a music track with a linear, “narrative” progression. Then I split this track into different blocks and layers, and have software recombine it during gameplay into an ever-changing score.

This may sound like a weird way to do it, but it just feels more natural to first create some tracks and build the dynamic score from there. Also, as a byproduct, I’ll end up with a set of full songs which I want to release as a small album later this year. 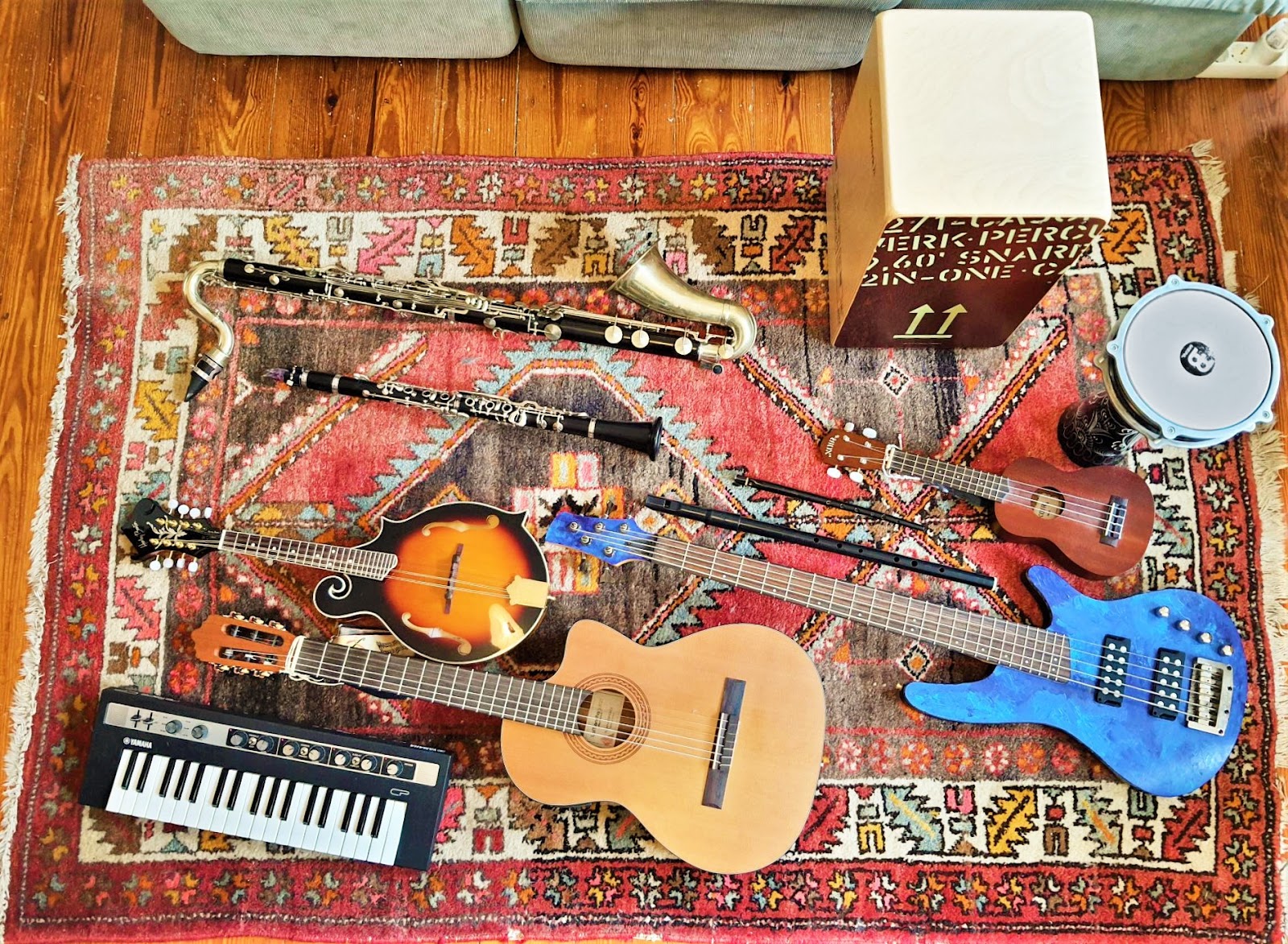 Starting with piano, I picked up quite a few instruments over the years. For Passing By - A Tailwind Journey, I recorded piano, clarinet, bass clarinet, tinwhistle, low whistle, guitar, mandolin, ukulele, e-bass, cajon, darbouka and shakers (not in the picture for no reason). Of all these instruments, the smallest and cheapest one (10€) seems to be the main character (see if you can spot it in the image).

My tin whistle, already bent and scratchy from many travels, plays the main melodies in the meadows biome and has been described by the jury of the German Computer Games Awards as a main protagonist of the game! :D

Adding a bunch of software instruments to this (string section, taiko drums, mallet instruments, trombone, synthesizer), combined with the fact that there are five biomes in the game, every one of which desires its own soundscape, this leads to the heaviest Ableton Live project I have ever made. And it isn’t even finished… 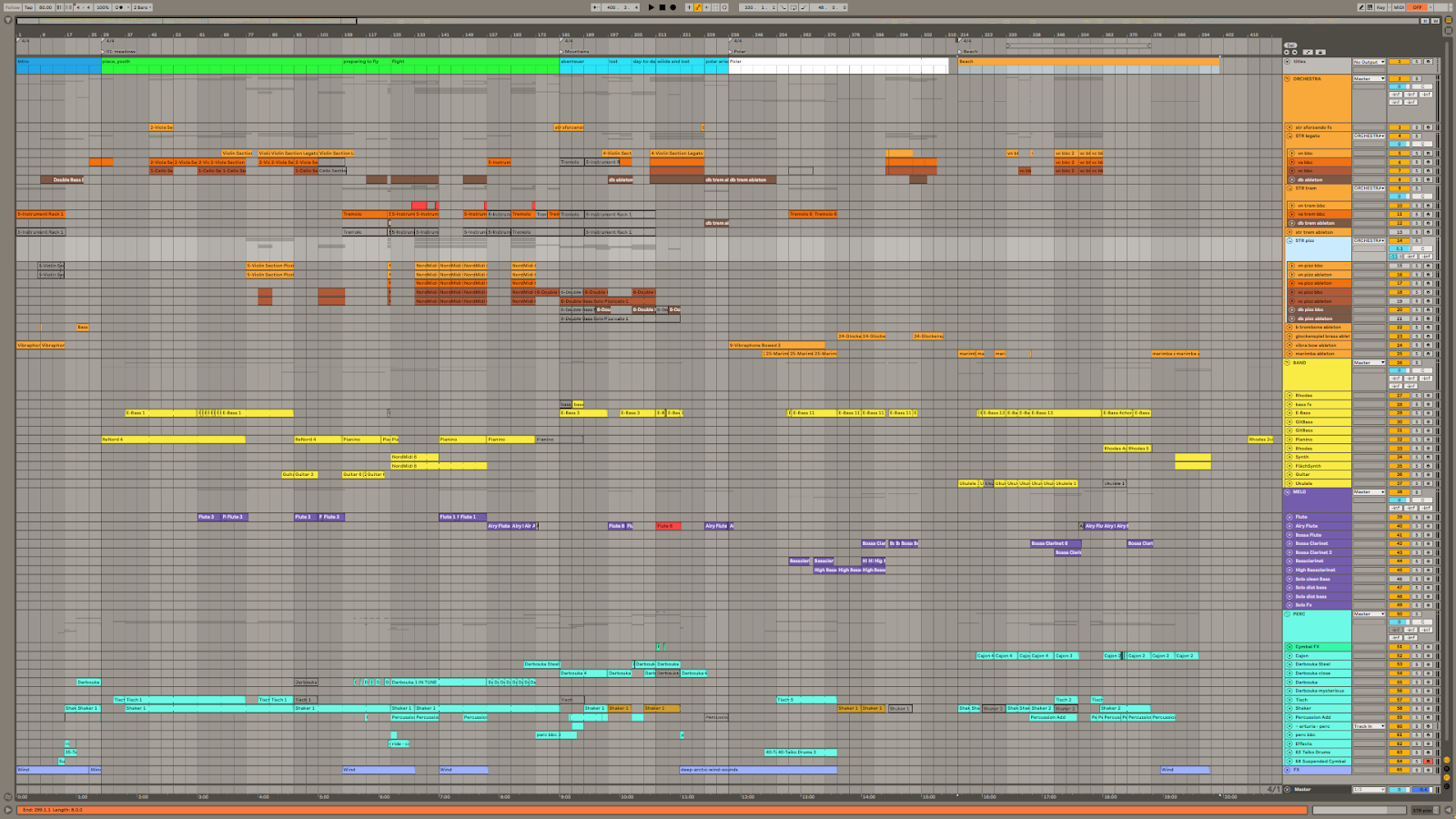 In Ableton I can improvise, compose, record and mix everything together. This process is usually a chaotic flow between jotting down inspirations, working on details, listening, re-arranging, and such. For this project I wanted to add a little structure, like conscious instrumentation choices for and balancing the effort put into each biome. But basically it is kind of like a jam session with yourself. :)

Step 2: Slicing Everything into Blocks

By splitting my material into blocks and instrument groups, these segments can be sequenced and layered at random, obtaining a much greater variety from the same length of audio track. Using the same tempo and chord structure, I can even have multiple alternatives for each layer and block that can be recombined!

In the image, there are three layers with two blocks each plus a double-length melody block, each with a little extra “tail” at the end, which will overlap with the next block to create seamless transitions.

We use a dedicated engine for all audio called Wwise. With this tool, I can specify which blocks in which combination are heard in each biome, whether in flight, on islands, or in between, and also respond to anything else in the game if I wish. Wwise handles the overlapping blocks, and merges them back together into a continuous, coherent soundtrack, with enough randomization to squeeze as much variability out of my material as possible (I wrote another blog post about this).

A lot has changed since the prototype of Passing By - A Tailwind Journey was released, and the music changes as well. But mainly it grows and improves, so you can expect the same wholesome soundscape in the full game! I hope you’ll like it! :)

If you want to learn more about Michael's work, don't forget to check out his website or SoundCloud or follow him on Twitter. There you can also get the latest updates on Passing By - A Tailwind Journey and Studio Windsocke, so feel free to join us on the bird app!